In a bizarre turn of events, President Donald J. Trump has threatened to shut down social media platforms after his recent Tweet was fact-checked by Twitter. Communications Strategist, Edan Gelt, asks: will he really do it?

This week, we’re taking a break from our series on social media trends to bring you an interesting social media saga.

This morning (Wednesday, May 27, 2020), President Donald J. Trump made an interesting announcement.  According to the POTUS, he’s setting out to “strongly regulate” the world of social media.  In line with those regulations could potentially include shutting down social media all together.

The announcement came after his May 26th Tweets regarding mail-in ballots were hit with a fact-check warning from Twitter.  Other social media platforms, like Instagram and Facebook, also utilize similar warnings to deter users from spreading misinformation.  Trump immediately jumped on the offensive, going so far as to accuse Twitter of “completely stifling free speech.”

Bright and early this morning, the saga continued, with Trump Tweeting an announcement to “strongly regulate” social media.

Of course, it’s highly unlikely that the President would ever actually shut down social media.  For some, this saga is a joke — for others, it might be demonstrative of an attack on their political perspective.  With so many people turning to social media for their news and information, fact-checking is valuable.  Fact-check warnings help curb dangerous misinformation of the public.  While Trump might see it as “silencing conservative voices,” shutting down social media entirely — or even “strongly regulating” it — would do more than just that.  The very act would violate freedom of speech.  It would also greatly jeopardize the way in which so many people receive crucial updates and information about the world they live in.

In a way, this bizarre (and somewhat entertaining) incident continues the message that social media is powerful. 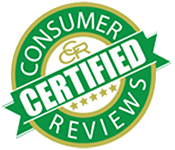